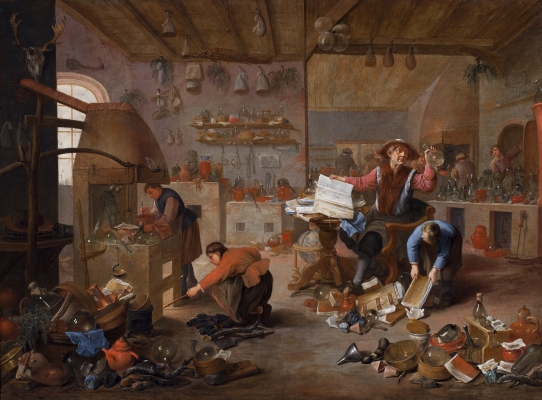 Mattheus van Helmont (Antwerp 1623 – Brussel after 1685) was a Flemish painter specialized in genre scenes of interiors and village scenes. He was influenced by the style of David Teniers the Younger, David Ryckaert III and Adriaen Brouwer and developed his own personal style towards the final phase of his career. He spent most of his active life in Antwerp but moved to Brussels later.

Mattheus van Helmont is known for his large output, which is generally signed or monogrammed, but rarely dated. His known works can be dated to the period from 1638 to 1670. He was a genre painter and specialised in painting interior scenes with peasants, alchemists and craftsmen at work, tavern interiors, village scenes and kermesses. He also painted singeries, a genre popularized by David Teniers the Younger and depicting monkeys appearing in human attire and a human environment.

On this painting an alchemist is depicted, sitting in the middle, determining the content of a glass bottle while studying a large book. Around him seven employees are busy working, rekindling the fire and cleaning. 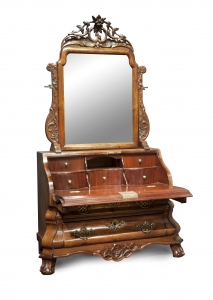 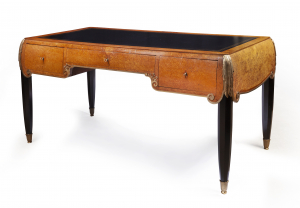