Henri Fantin-Latour was a French painter best known for his delicate and acutely observed renderings of flowers, still lifes, and group portraits. Born on January 14, 1836 in Grenoble, France, he went on to study at the École des Beaux-Arts and would copy Old Masters paintings at the Louvre. It was at the Louvre that Fantin-Latour met Édouard Manet with whom he forged a friendship; he would later paint Manet on several occasions.

Manet and Whistler were amongst Fantin-Latour's earliest friends. In 1859 he paid the first of many visits to London, where he exhibited at the Royal Academy from 1862. By the early 1860s, Fantin-Latour was producing the three genres of painting that would sustain his career: portraiture, still-life painting, and imaginative or mythological scenes. Commissioned portraits and still-life paintings of flowers and fruit were essential to the artist's livelihood and he established an important clientele in England.

But Fantin-Latour received the greatest critical attention for a series of ambitious group portraits featuring many of the most renowned artists, writers, and musicians of the time. His imaginative works were often inspired by his great love of music and he created several paintings based on the operas of Richard Wagner. 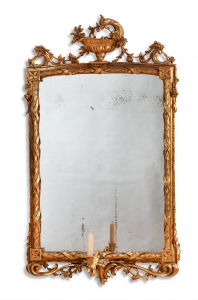 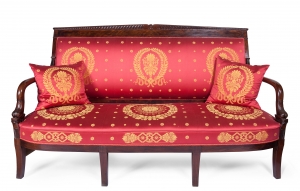 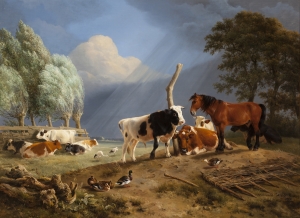