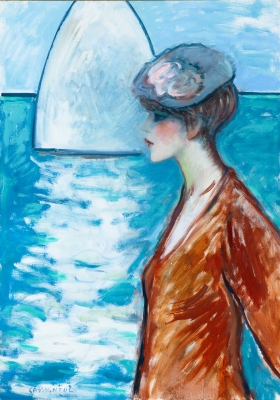 This Regatta painted by Jean-Pierre Cassigneul depicts a beautiful sophisticated lady of the high society looking at the boat race.

His paintings represent beautiful women in elegant casual fashions enjoying lives of leisure. The sea, sailboats and beaches recur often, referring to an idealized lifestyle of a more indulgent and carefree era. This piece is a perfect example of his works depicting luxurious women at leisure. 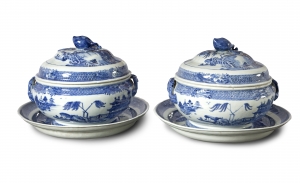 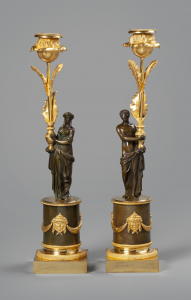 A pair of Empire candlesticks 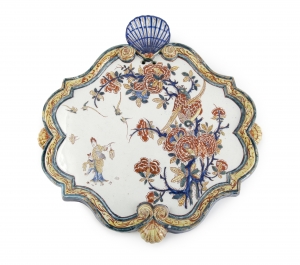